A few months ago I met a wonderful writer named Jen Owenby who contacted me after reading my book, An Agoraphobic’s Guide to Hollywood.  She also has a blog (Jen’s Thoughts) and we’ve exchanged emails, talked about writing, and about juggling life with family, work, and answering the muse.  Well, several weeks ago Jen asked if she could interview me for her blog, and I said (gulp) sure.  She sent me some preliminary questions and asked if I wouldn’t mind answering them for her interview.  Once again, I said (gulp) sure.

Well, Jen’s questions sat on my desk for more weeks than I care to count. It’s not that I was too busy to answer them; it’s just that I was afraid. You see, I’ve got this problem:  I don’t really enjoy talking about myself.  It’s one thing to use my point of view in a story I’m telling, or in a post that’s here at my website.  But I just find it difficult to talk about my accomplishments, or what I’ve done as a professional screenwriter.

The one rule that my parents taught us (along with never allowing us to say “Shut up!”) was that bragging or being boastful was rude.  They never said that to us in so many words.  But if they thought we were boasting a little too long (and too loudly) about some great feat we had accomplished, one of them would just smile and the other would say, “Careful, or your arm will fall off.”  That was our cue to get humble.

I never stopped and thought as a kid what the heck that phrase meant.  But I know that it usually worked, and I kept my conquests to myself.  It was only today that I thought about it (thanks to Jen’s interview questions) and I decided to look up that saying on the Internet.

I couldn’t find it anywhere.

But I found something like it.  And I think this is probably what my parents meant when they cautioned us about losing a limb by bragging: “Don’t break your arm by patting yourself on the back.”  My parents had their own graphic way of interpreting that saying, and well, whatever the phrasing, it took hold of me and still sticks today.

That’s why it took me so long to answer Jen’s questions.  But I did manage to answer those questions, and Jen’s two-part interview with me is currently posted at her site.  I tell you this not to (God Forbid!) boast, but because Jen is doing a random drawing – giving away five copies of my book to five people who show up at her website and say hello.  Also, as a Grand Prize, one person who wins will be able to talk with me (and ask questions)  one-on-one about professional screenwriting.

People seem to really enjoy An Agoraphobic’s Guide to Hollywood – How Michael Jackson Got Me Out of the House (except for the occasional Michael Jackson ultra-fan who hates me for writing a particular scene in the book), and I like the fact that it’s not going to cost five people anything to get a chance to read it, if they win.  The Grand Prize makes me a little nervous because of that bragging issue I have, but I’ve had a twenty-five year career as a professional screenwriter in Hollywood and people seem to like to ask me questions about writing for movies and television.

So, if you haven’t read my memoir, or you’d like to win a copy for a friend, or if you’re just interested in learning more about professional screenwriting, you might want to check in with Jen at her website (Jen’s Thoughts), and say hello. And when you read Jen’s interview with me, please don’t think I’m bragging, or patting myself on the back.  My mom wouldn’t like that.

And I don’t want my arm to break. 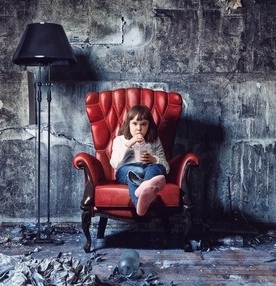