It’s here and ready to be read!

I’m proud to finally be able to say: You can order a paperback of Californio through Amazon, Barnes & Noble, or pre-order the e-book (available August 2nd) for Kindle or Nook. 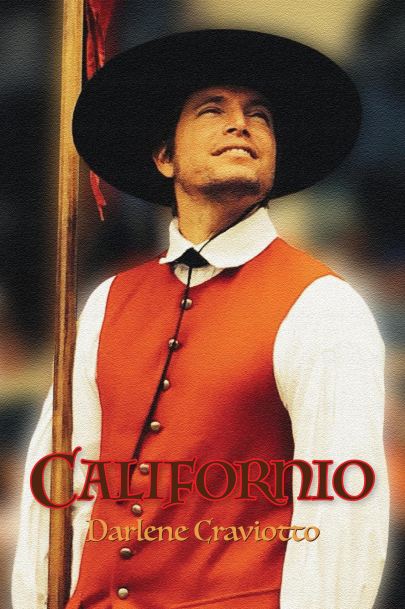 If you live in the Santa Barbara area, or you’re planning to visit Santa Barbara’s Old Spanish Days Fiesta (August 2 – 6), Californio is the perfect book to enrich your Fiesta experience.  You can find Californio at Chaucer’s Bookstore on Upper State Street, the Book Den, and Santa Barbara Presidio’s Gift Shop.

If you have a favorite bookstore in your own town you want to support, just give them the title, Californio by Darlene Craviotto, and ask them to order you a copy.

If you’re a member of a book club and would love to use Californio as one of your books, please contact me here at my blog for special wholesale pricing, and a guide for discussing the novel and California’s First Pioneers.

Thank you to all of you who have come to this blog, read my posts, and given me the confidence and courage to always write what my heart wants me to write. I would never have written this novel if not for the feedback, the kind words, and the connection that I’ve found here at this blog. I hope you enjoy Californio because I felt while I was writing it that we were all taking this journey together.  A writer always works in solitude, but is never really alone.  Our readers are always at our side, peeking over our shoulders and guiding us along.

Thanks for always being there. 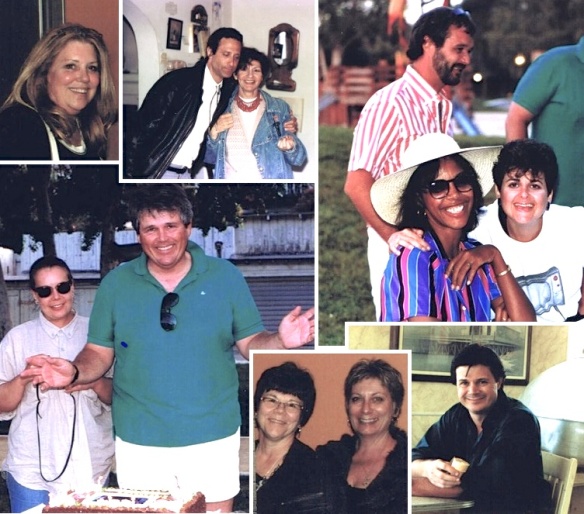 The friends that I’m talking about are those that love you for who you are.  And if that means you don’t get out much (for whatever reason) well, that’s okay, and they’ll sit in the house with you and be perfectly fine with it.  At my most phobic, when I was terrified of so many things, a rather large space station called “Skylab” (yes, a whole space station!) was poised to re-enter our atmosphere and come crashing back to earth.

I was certain it would fall on my head.

Actually, fall directly on my head.  Nobody else would be injured, I was sure, except for me.  And boy, that did nothing to get me to budge from my couch.  The logic escaped me that perhaps if I left the house and moved around a lot, that maybe I could avoid this 169,000 pound massive missile from the skies.  No, my idea of saving myself was to become a sitting duck on my sofa in West Hollywood.

The truth was I was just too terrified to move.

So what did my friends do?  We had a party to celebrate Skylab’s return.  Well, actually, I threw the party because I was the only one with a blender at the time and we were having frozen daiquiris.  But the point is:  my friends came to keep me company.  There I was sitting on my couch, so terrified that Skylab had my name on it, and my friends came over to join me on that couch.  In my mind, they were risking their lives just to be there with me.

And that’s not all.

They showed up – all of my friends – wearing construction hard hats, an Army helmet, and my dear friend John even put a large bullseye and a magnet on top of his baseball hat just to defy fate.  Or maybe to save me from a direct hit.  I was so busy laughing and enjoying our “impromptu” party that I completely forgot about Skylab.  All that dread and terror my imagination had been feasting on simply was forgotten that evening.

My friends got me through the night.

Thanks to my friends (and 9 other things that helped me go from agoraphobic to recovering agoraphobic) I now get out of my house.  I still need help with driving – I don’t do freeways.  So if there are freeways involved, my hubbie is the one behind the wheel.  And that’s how I will be getting to Ventura this Saturday for a book signing and personal appearance at Bank of Books at 748 E. Main Street. It’s an hour away from my house so I’m calling it a road trip.  Yes I’m a little bit nervous – it’s definitely out of my comfort zone.  But I’m certain I can do it.

My friend Wayne talked me into it and he’ll be there.

And thankfully, no space stations are scheduled to fall this weekend.

(If you live in or around Ventura, please come by and keep me company.  It always helps to be around friends.  Not sure I can bring any frozen daiquiris…Will cookies do?)

A big topic in our house is how long we think books are going to be around.

I’m not talking about those black & white pixel collections on a Kindle, Nook, or iPad. I mean the old fashion p-books that we love holding in our hands. We’ve all grown up with them. Some of us have lived with them longer, and maybe that’s why we aren’t as quick to embrace the new technological ways. We still go to libraries (if we can find one that’s open) or we dig in our heels and order the paperback from Amazon. If we’re really lucky, we still live in a town that has a brick and mortar store where we can wander the aisles and get our high from new-book smells. Or run our fingers lovingly through crisp, new pages.

I know there are people who think that p-books will always be available. I’m not so sure. In my most cynical of moments, I think of the children to come – the ones who’ll use iPads in schools, and never know a textbook. I think of those children and their parents who have always relied on some type of screen – computer, phone, or tablet, and who have never understood the big fuss about paper pressed together between covers.

At bedtime, with their children close, they’ll touch screens, and pictures will move and come alive. Sounds will be heard, and music too – there will be movement and action, excitement not found on a paper page. Amazing and thrilling, the experience will capture their attention, but I’m not so sure it’ll catch their imagination. Or help them daydream, picturing in their minds what only words on a page can create: each picture, and every daydream unique to the reader or listener experiencing it.

Books of the same title may be filled with the same words, but each reader brings their own version of the story to it. The same characters are seen through different eyes, the drama, the comedy, the tears, the surprises, all the same and yet different as the story is filtered through the individual. The interpretations of each book, every story told, are limitless when read from the page. Touching, seeing, and hearing only confines the story to one telling of it. And where is the imagination in that?

What do you think? Will paper books always be around? Will they still have the power to pull people in? To make a reader want to hold onto them tightly, letting their own imagination take over, with no interruptions, and no one telling them what they should be experiencing?

Just when I start to think there’s no future for p-books, I find this video online today. And it gives me a little hope.

All rights reserved. (I wrote it and I'm happy if you like it. Want to use it? Go to the menu up above and find out how to reach me through CONTACT.)

Can You All Hear Me in the Back?